One in three cases of dementia could be prevented if more people looked after their brain health throughout life, according to an international study in the Lancet.

The study is being presented at the Alzheimer's Association International Conference in London.

By 2050, 131 million people could be living with dementia globally.

There are estimated to be 47 million people with the condition at the moment.

Nine factors that contribute to the risk of dementia

These risk factors - which are described as potentially modifiable - add up to 35%. The other 65% of dementia risk is thought to be potentially non-modifiable.

"Acting now will vastly improve life for people with dementia and their families and, in doing so, will transform the future of society." The report, which combines the work of 24 international experts, says lifestyle factors can play a major role in increasing or reducing an individual's dementia risk.

It examines the benefits of building a "cognitive reserve", which means strengthening the brain's networks so it can continue to function in later life despite damage. 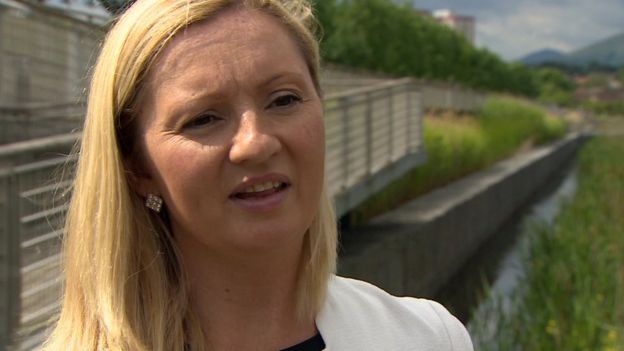 Eve Laird, from Dumfries, is worried about dementia because her mum is living with the condition.

She has decided to make some changes to her lifestyle.

"I'm terrible for eating processed foods and takeaways and I've really been trying to cut back on that.

"I definitely drink a lot more water than I used to - and I don't drink as much coffee now.

"I actually took part in the Edinburgh marathon. For that I joined the Dumfries running club - I go there once a week."

She says she felt so much better for the exercise, and for improving her diet.

"I felt a lot healthier and mentally sharper as well. It's something I'd really like to continue, but it is hard to stay on track."

"I just think the small changes can make such a big difference." 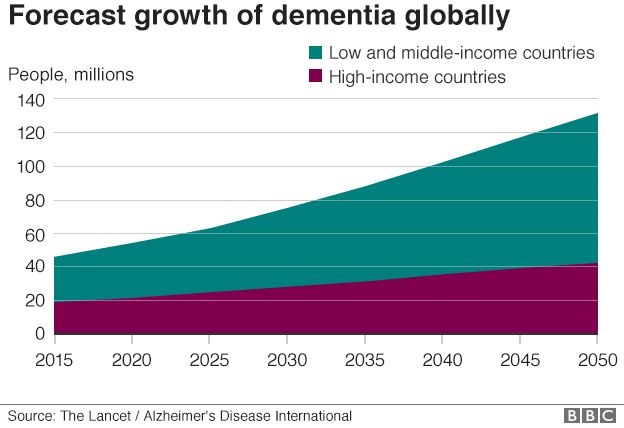 Failure to complete secondary education was a major risk factor, and the authors suggest that individuals who continue to learn throughout life are likely to build additional brain reserves.

Another major risk factor is hearing loss in middle age - the researchers say this can deny people a cognitively rich environment and lead to social isolation and depression, which are among other potentially modifiable risk factors for dementia.

Not smoking, doing exercise, keeping a healthy weight, treating high blood pressure and diabetes can all reduce the risk of dementia, as well as cardiovascular disease, and cancer.

The researchers say they did not have enough data to include dietary factors or alcohol in their calculations but believe both could be important. 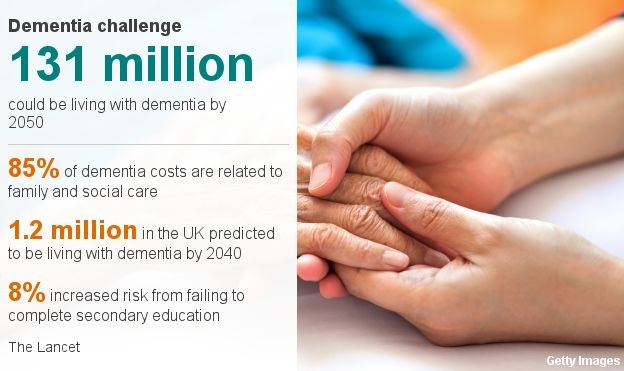 Dr Doug Brown, director of research at Alzheimer's Society, said: "Though it's not inevitable, dementia is currently set to be the 21st Century's biggest killer. We all need to be aware of the risks and start making positive lifestyle changes."

Dr David Reynolds, chief scientific officer at Alzheimer's Research UK, said: "Alongside prevention research, we must continue to invest in research to find a life-changing treatment for people with this devastating condition."

Request a Call Back

We have a risk-free 30-day trial period, one of the longest in the industry, to make sure your hearing aids are the right ones for you. If you are not completely satisfied with your hearing aids, you may exchange them or return them for a full refund within 30 days.

Our offices are designed and our staff is trained to provide our patients with information in a relaxed and comfortable atmosphere. Your hearing is precious. Our goal is to provide quality audiology and hearing aid services to help you hear better and live better.